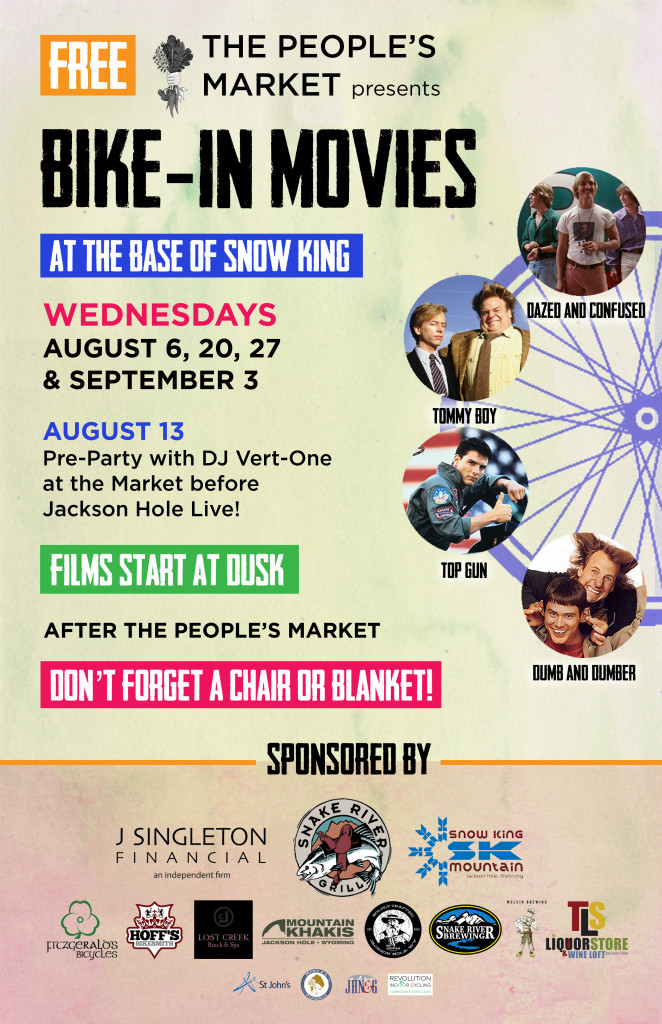 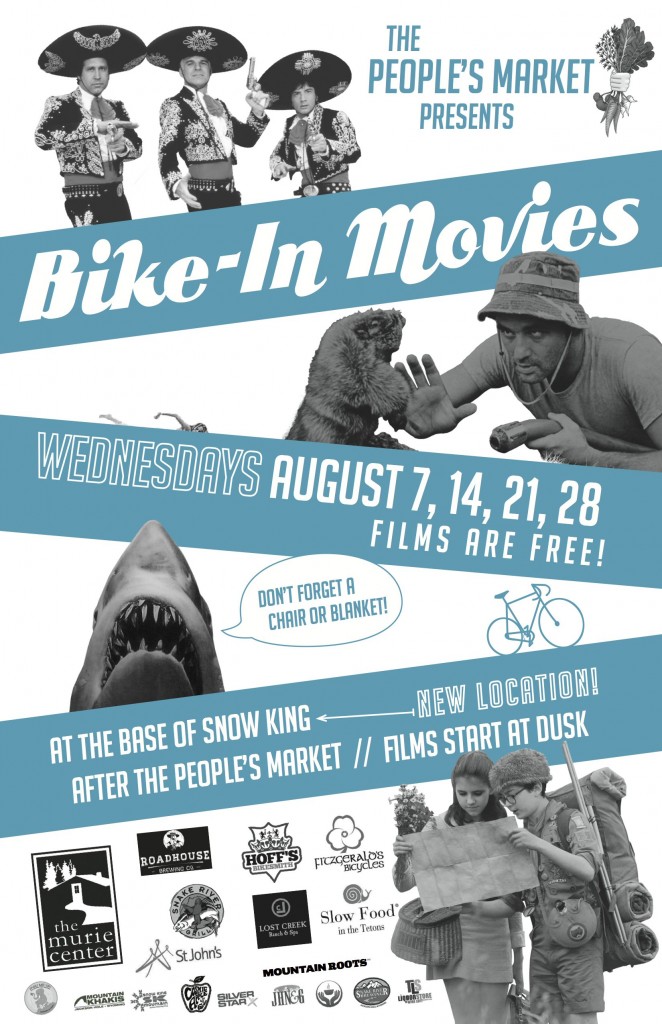 After the People’s Market

Below is information about the Bike In Movie Series:

In it’s 4th season, the Jackson Hole Bike-In Movie Series will be reeling in classics for viewers of all ages to enjoy.  What’s a Bike-In?  It’s a Drive-In, minus the cars!

On Wednesdays starting August 8th, the Bike-In Movie Series will bring you Pee-Wee Herman’s Big Adventure, The Great Outdoors, The Sandlot and Willow.

The movies will be played after the People’s Market which runs from 4-7pm at Redeemer Lutheran Church, next to the Rec Center.  Movies will start shortly before dusk, but attendees are encouraged to come early to get a good seat.  Also, it helps to bring a small chair or a blanket.

The plan is simple.  Drink a beer under the stars with your friends while watching classics.

Thai Me Up will be pouring the suds, Pica’s will be slingin’ tacos, and Hoff’s Bikesmith will be donating bikes to be raffled at the movies.

There is a $3 suggested donation to the Jackson Hole People’s Market. 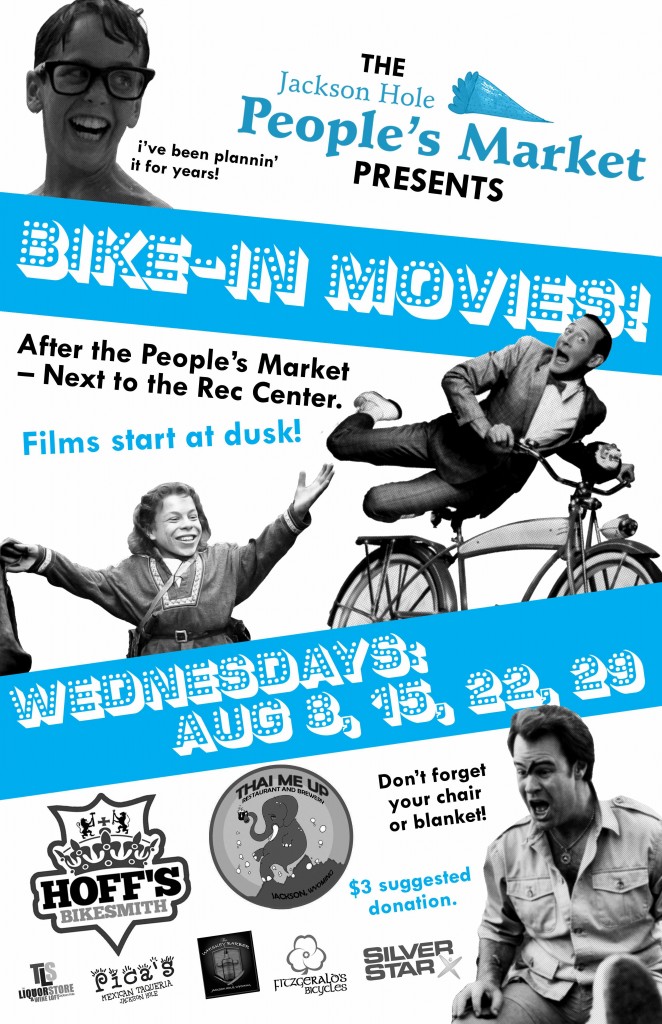